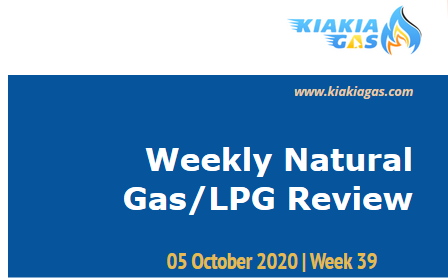 Reuters reported on Tuesday that, Azerbaijan's state-owned energy company SOCAR declared that the country's oil and gas infrastructure was safe while appreciating the army action in the midst of the military conflict in the Nagorno-Karabakh region.

On Tuesday, for the third day, the worst outbreak of combat between Armenia and Azerbaijan since the 1990s raged and the civilian death toll mounted. So far, the clashes have not taken place close to the main energy properties.

Analysts reported on Monday that Armenia and Azerbaijan have not been subject to military clashes on Nagorno-Karabakh territory, but that they have been unable to impede shipments to oil and gas, as the conflict escalates.

It was reported by the U.S. Energy Information Administration (EIA) on Thursday that for the week ended Sept. 25 domestic supplies of natural gas rose by 76 billion cubic feet.

It was reported by the U.S. Energy Information Administration (EIA) on Thursday that for the week ended Sept. 25 domestic supplies of natural gas rose by 76 billion cubic feet.

There was a forecast of an increase of 78 billion cubic feet on average by the analysts polled by S&P Global Platts. 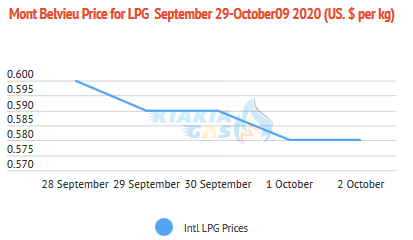 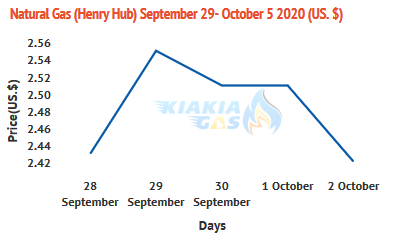 Noble Energy has announced that shareholders of the Company approved the pending merger with Chevron and all other proposals related to the Merger at Noble Energy’s Special Meeting of Shareholders held October 2.

Noble Energy anticipates providing final vote results for the Special Meeting, as certified by the independent Inspector of Election, on a Form 8-K with the U.S. Securities and Exchange Commission in a later release. Chevron and Noble Energy expect to close the Merger early in the fourth quarter of 2020. 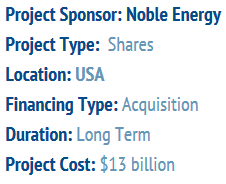 Shell and Total will export 30 shipments of natural gas from the Idku liquefaction plant in 2021, Youm7, citing Oil Ministry sources reported that each shipment will average 150k cbm, potentially bringing the total exported by the two companies to 4.5 mn cbm.

Egypt’s natural gas exports more than doubled to 4.5 bn cbm in 2019 — its highest level in more than a decade. Sources also said the ministry is preparing an updated investment map and data on potential natural gas concessions to be offered to investors.

Sahara Energy Resource Limited, a member of the energy conglomerate, Sahara Group, has since 2014 ploughed over $450 million into facilitating the supply of Liquefied Petroleum Gas (LPG) to Cote d’Ivoire as the nation continues its quest for cleaner cooking fuel options.

Although the 2014 population and housing census (RGPH 2014) in Cote d’Ivoire showed that 78% of households use wood and charcoal as their cooking fuel while 22% use gas, the National LPG consumption has grown from 175KT in 2013 to 380KT in 2019, following increased availability of the butane gas and deliberate policy intervention by the government. 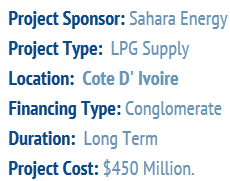 Agreement for the development and commercialization of gas from the Oil Mining Lease (OML) 143 that could help reduce gas flaring in the country was signed by the National Petroleum Corporation (NNPC) and Sterling Exploration and Energy Production Company (SEEPCO).

Malam Kyari, the Group Managing Director of NNPC, explained that the execution of the deal is a great milestone as well as a testament to NNPC’s commitment to facilitating the nation’s transformation into a gas-powered economy.

He also opined that the deal would not only help reduce gas flaring and its environmental hazards but would also promote gas production and utilization in the domestic market. 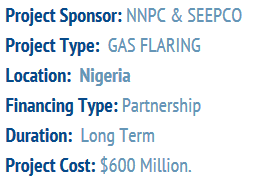 Kindly book for a free session with our team of experts to help you http://www.kiakiagas.com/book-session or write us an email at advisory@kiakiagas.com or Whatsapp: +2348085269328