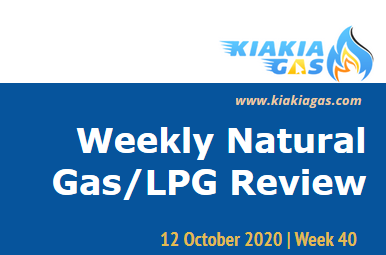 A natural gas release was announced by Kinder Morgan shortly before 8:30 A.M. From a pipeline near Goodrich, Texas, in Polk County outside Livingston on Sunday.

No fire or injuries was sustained as reported due to timely intervention of the emergency who assisted to evacuate the surroundings responders. Investigation is on-going to know the cause and quantity of the gas flared.

Gas pipeline that was launch in the late 2020 has further put pressure on the strained relationship between Azerbaijan and Russia that started in Nagorno-Karabakh. This gas pipeline has consequently squeeze Moscow's diminished gas sales to Europe and Turkey.

The Azerbaijan's giant, Shah Deniz II field in the Caspian Sea has the backing of the European Commission to supply $40 billion Southern Gas Corridor. This action reduces Europe's dependence on Russian energy.

Stakeholder at British Petroleum (BP) said presently, all their business operations in the region keeps going as normal and their plans remain constant. In the same vein, Russian plan to increase its pipeline capacity to Europe risk being frustrated by U.S. sanctions.

Reuters reported that Ukrtransgaz opined on Monday, that Ukraine would be exporting natural gas to the European Union out of her endowed gas which reached 28 billion cubic meters (bcm) on Sept. 29, the highest level in the last 10 years.

A significant volume of gas was stored due to an unusually warm winter and the export will be made this winter if market conditions are favorable.

On Thursday of the week, OPEC opined that the fall will be as a result of a significant change in the producer output from the effect of coronavirus pandemic. Oil consumption will grow from 90.7 million bpd in 2020 to 107.2 million bpd in 2030.

OPEC said, "Due to the residual effects of the COVID-19 related shutdowns and its impact on the global economy including consumer behaviour, demand will likely stay persistently below previous forecasts. 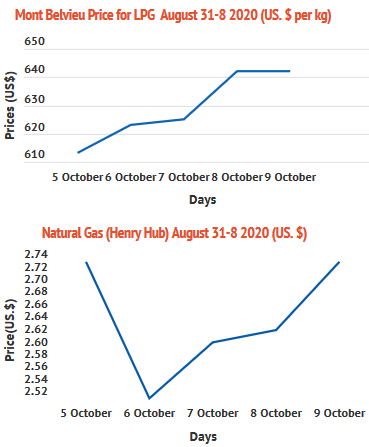 A spokesperson from Eni said that the talks focused on finding a new agreement to allow for the restart of the idle Damietta LNG export facility in Egypt had resumed. The man also said that the parties continued talks to try to set the basis for a potential new deal to settle all pending legal issues and to reopen the factory.

The restart of Damietta, which has been idle since 2012, will provide additional export opportunities for Egypt, which currently has a surplus of gas. The previous deal signed in February fell apart in April, after certain provisions of the deal had not been met.

According to an EBRD announcement, the European Bank for Reconstruction and Development (EBRD) will offer a USD 250 million sovereign loan to the state-owned Alexandria Petroleum Corporation (APC).

This will enable the APC to partially fund USD 647 million in water and energy quality improvements at the company's diesel refinery. The initiative will put activities at the plant in line with European standards for environmental protection and pollution reduction, the bank said.

By improving the efficiency of the fuel provided by the plant, greenhouse emissions will be minimized, whilst the construction of a new wastewater treatment plant intends to minimize the risk of seawater contamination and a new energy conservation scheme will help to reduce the consumption of gasoline.

Agreement has been reached between TransAlta and Tidewater Midstream with ATCO Gas and Pipelines to sell Pioneer Pipeline for CDN $255 million. It was acquired by ATCO through an option agreement with NGTL.

The agreement forces the Pioneer to be incorporated into NGTL's and ATCO's Alberta natural gas transmission systems.

In order to consolidate the deal, TransAlta entered into another long-term gas transportation agreements with NGTL transportation service of 400 TJ/day by 2023.

Nigeria will terminate the Direct Selling of Crude Oil and Direct Purchasing of Petroleum Products (DSDP) program by 2023, Mele Kyari said. This is triggered by the removal of subsidy from gasoline and the implementation of a market-based pricing.

However, 2019-20 crude-for-products swaps programme will be extended for six months. In an attempt to secure gasoline demand in Nigeria, NNPC entered into an agreement with 15 different refiners which include Total, Vitol, Gunvor and some others. This has generated a saving of $1 billion since its inception in 2016.

Kindly book for a free session with our team of experts to help you http://www.kiakiagas.com/book-session or write us an email at advisory@kiakiagas.com or Whatsapp: +2348085269328